A downloadable game for Windows

'Witch Machine: Spilled Vessel' was supposed to be an experiment, meant to push the Game Boy to its limits.

Initially a passion project by ex-Godhead Interactive developers (creators of Witch Machine, 1996, restored by the Video Memories Project in 2019), Spilled Vessel was doomed from the start.
A handful of employees at Godhead, on orders from their boss, took their equipment home with them in the days leading up to the company's bankruptcy filing. Thousands of dollars in equipment was reported as stolen, and among the workstations and supplies were two Game Boy devkits, both of which were blacklisted so that any games developed on the hardware would be rejected during Nintendo's approval process.
This meant the fate of Spilled Vessel, once developed, lied in the hands of a legally dubious unlicensed publisher, shrinking the game's potential audience and tanking its financial viability. The team continued working on it regardless, but infighting and legal questions about who owned the rights to Witch Machine prevented the game from getting to catridge.

During our work on Witch Machine, there was no indication from the ex-Godhead employees we spoke to that a sequel had been in the works.
Faye Marten, a former Godhead intern, emailed us as soon as she saw Witch Machine had been restored to tell us she'd stuck with the development team after the company dissolved. She was 17 at the time, so she couldn't sign a non-disclosure agreement. Whether or not she was a "liability" was, according to her, one of the many things the devs fought over while developing Spilled Vessel.
Faye told us in her email that she overheard her boss pulling out of their publishing contract one day and decided to stay late that night. Once the office cleared out, she put the project files on her flash drive and took it home with her. The next day, she got a call from a coworker saying she was out of a job.
We got in touch with several ex-Godhead Interactive developers she said could vouch for her story. Most didn't respond, but a couple of them (who asked to be kept anonymous, presumably for NDA reasons) were kind enough to talk to us about the game's troubled development and help us piece parts of it back together.

Now, for the first time, Witch Machine: Spilled Vessel is available to the public; another restored piece of video game history from VMP.

(Note: The above synopsis reflects what VMP was able to confirm about the game's development. Some info Faye sent us was omitted, as the developers who got back to us were unwilling to discuss some of the more outlandish claims she made about her time at Godhead.)

and a direct sequel to last year's entry, witch machine.
not necessary to play, just good to know.

Had some problems getting the game to run, but I eventually figured out that it was my antivirus' fault. Each time I tried to run a fresh install of the game, my antivirus (Avast) took ~10 seconds to scan the .exe file for viruses, and eventually said it was safe each time. I think the issue was that as the game tries to boot up, the antivirus interrupts it in order to do the scan, and somehow the interruption messes things up and causes the program's startup code to break, which is why it does nothing each time I try to run it thereafter.

Once you find the sleeping goo, you can't go more than one screen back.

Also how do you get passed the sleeping goo?

oh wow i loved this game! i played the original a few days ago so i could play this one and i love the way you expanded on it! even though theyre both different game formats, i think they both work to tell the story you wanted to tell. the art is really cool! i love what youve done with the gameboy pixel style. i did get like one error in the middle but that was probably just an issue with my computer. 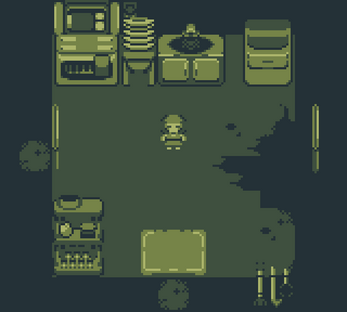 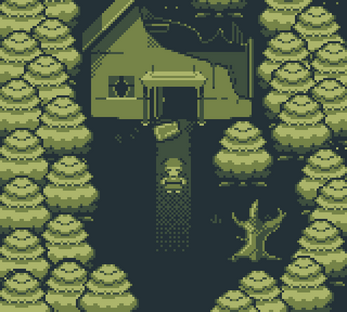 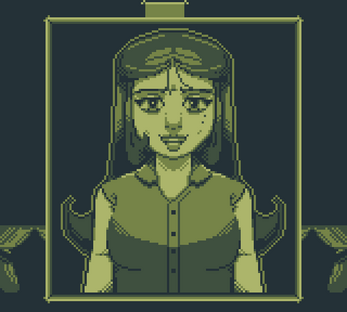